In This Drop: Current State of Salivary Cortisol Research and the HPA axis 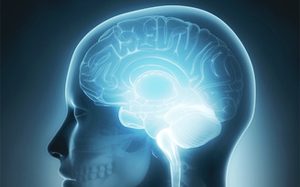 Recent research provides a clearer link between stress and its impact on health. Whether that stress is acute or chronic, it can affect the levels of cortisol produced by the human body, which is measurable with a range of sampling regimens and sample types.

Today, the most commonly used sample specimen in cortisol based stress research is saliva. It has been extensively integrated within the scientific field to assess the levels of ‘free’ steroid and sex hormones, and correlation of these hormones with circulating levels in serum has been well established in the literature. With thousands of scientific publications in peer reviewed literature supporting and validating its use, saliva has held up to scientific rigor and provided both credible and useful information on disease states and overall health.

The Importance of the Cortisol Awakening Response

Cortisol is the major circulating hormone of the hypothalamic pituitary adrenal (HPA) axis, exerting its effects through the glucocorticoid receptor expressed in almost all human cells. Secretion of cortisol and its regulation are shown in Figure 1. Outside of its upregulation in response to stress, cortisol levels follow a regular diurnal rhythm of expression in humans, and characterization of the diurnal profile of cortisol expression is a key indicator of HPA axis dysfunction (Fries et al., 2009). One of the most important measures when assessing the diurnal rhythm for cortisol is the concentration of salivary cortisol levels at awakening compared to levels 30 to 45 minutes post awakening. The surge in levels of between 50-150% of free cortisol observed at the 30 minute time point is routinely used in the scientific field to assess adrenocortical activity and the correlation of the surge in cortisol levels post awakening to chronic stress, HPA axis dysfunction, and burnout are well established (Fries et al., 2009). This vital assessment also known as the Cortisol Awakening Response or CAR is driven by ‘morning awakening’ and reveals issues beyond just measuring diurnal rhythm. The surge in cortisol is believed to be due to anticipation of the day ahead and an increased CAR is observed in individuals with perceived elevated burden e.g., unemployed individuals have higher CAR measurements when compared to employed individuals. It is also thought to be an important component of preparedness or “boosting” an individual’s performance for the day ahead (Law et al., 2015; Thorn et al., 2006).

Figure 1. Secretion and regulation of cortisol (Qi and Rodrigues, 2007). Under physiological conditions, neurons in the hypothalamus synthesize and secrete corticotropin-releasing hormone (CRH), which subsequently acts on the pituitary gland causing the release of ACTH, or adrenocorticotropic hormone. ACTH is transported to the adrenal gland where it stimulates the secretion of glucocorticoids, the main one being cortisol.

Figure 2 below is representative of a typical diurnal rhythm pattern for salivary cortisol, and reveals the dynamic nature of cortisol expression in humans. Researchers have shown that abnormal diurnal patterns of free salivary cortisol expression through the course of the day correlate with various pre-clinical or symptomatic and disease conditions including Type 2 diabetes, metabolic syndrome, clinical depression, chronic fatigue syndrome, persistent pain, and cardiovascular disease (Chrousos, 2009). The underlying etiology and subsequent prevalence of disease states emphasize the need to assess CAR regulation with the highest levels of precision and reproducibility. Inaccurate measurements of diurnal rhythms and CAR can lead to misdiagnosis and incorrect intervention regimens (Ryan et al., 2016). Delays in 5 to 15 minutes have been shown to alter CAR measurements, and can lead to an overestimation or underestimation of CAR magnitude and lead to erroneous interpretations (Stalder et al., 2016).

Figure 2. A typical diurnal rhythm using a 5 sampling regimen is shown. It is recommended to collect saliva samples at awakening, 30 minutes post awakening, prior to lunch, prior to dinner, and at bed time as depicted in the graph.

Using saliva, cortisol diurnal rhythm measurements can be performed easily with periodic, timed collections being stress-free, straightforward, non-invasive, and with higher levels of participant compliance (Ryan et al., 2016; Woods and Mentes, 2011). Saliva is considered the most biologically relevant specimen type used to assess cortisol concentrations when compared to other specimen types such as serum and urine samples, since only ‘free’ biologically relevant cortisol measures are analyzed in saliva while serum measures total cortisol, including bound cortisol, and 24 hour urine measures are unable to capture a diurnal rhythm profile. Hair cortisol can also be used to assess chronic stress by capturing extended exposure to elevated levels of cortisol (Levine et al., 2007).

Recently, a method to assess cortisol levels using 4 samples of urine dried on a filter paper strip has been advertised to provide diurnal cortisol assessment. To the best of our knowledge, there is no peer reviewed publication to date that has verified the methodology used, the level of compliance achieved with this method, or how the data obtained from dried urine compares to saliva or serum, to lend it any scientific credibility. The table below outlines the usefulness of saliva, hair, fresh urine, and blood, and their demonstrated usefulness in cortisol measurements as described in the scientific literature.

Both Cushing’s syndrome and Addison’s disease are at the extreme ends of the spectrum of cortisol level expression and not frequently observed. However, subclinical manifestations of HPA axis dysfunctions more commonly affect health and wellness. These dysfunctions are also determined by measuring the levels of cortisol produced and most importantly, the diurnal rhythm pattern associated with its production. A deviation from normal diurnal rhythm of expression, including the cortisol awakening response, has been associated with many diseases, both physiological and psychological, and can lead to adverse health outcomes over a prolonged period of time. A full list of disease outcomes due to HPA axis dysfunction is found in the table below (taken from (Chrousos, 2009).

Studies on conditions with altered HPA axis activity rely on determining free cortisol production over the course of a day using the most credible methods supported by scientific literature and focus on either multiple samplings of saliva or 24 hour urine collection. However, 24 hour urine measures are representative of total free cortisol production over the course of a day, and while useful in determining the allostatic load experienced by individuals, it is unable to represent the diurnal variation of cortisol expression. The only scientifically reproducible method to non-invasively and accurately determine the diurnal rhythm pattern of cortisol expression is by collecting 3-4 saliva samples through the course of the day and determining salivary free cortisol measures. Therefore, the only scientifically credible sample type currently accepted by the scientific community is saliva.

Regulation of cortisol levels in the body

Since cortisol plays a key role in regulating multiple systems in the body, including metabolism, stress responsiveness, immune function, wound healing, and bone formation, it is a very tightly regulated steroid. Approximately 90 to 95% of circulating cortisol in plasma is found bound to proteins that make it unavailable for biological activity (Hellhammer et al., 2009). Free cortisol is also interconverted to cortisone by 11-beta HSD enzymes, and is maintained at a ratio of 2:1 or 3:1 cortisone to cortisol (Tomlinson and Stewart, 2001).

Excess amounts of circulating free cortisol, also known as hyper-cortisolemia, lead to disease conditions such as Cushing’s syndrome. The incidence of Cushing’s syndrome, either exogenously generated due to prolonged use of glucocorticoid therapy or due to endogenous overexpression due to adrenal tumors, is very low and reported to be at approximately 0.7 to 2.4 individuals per million in the general population (Newell-Price et al., 2006). Screening for this condition is commonly performed by measuring midnight salivary cortisol levels and can also be performed by determining free cortisol levels in 24 hour urine samples. With both sample types, an excess of free cortisol levels is used as a determinant for diagnosis of the condition, and may require additional testing using serum.

It is also possible to have low levels of circulating cortisol. This condition, known as Addison’s disease, is a type of hypo-cortisolemia in which the adrenal glands produce inadequate levels of cortisol. The incidence of Addison’s disease is approximated at 40-140 individuals per million people, and is diagnosed by injecting the hormone ACTH which stimulates cortisol production, and testing for an increase in cortisol levels in serum. For this type of adrenal insufficiency, multiple studies have also shown the utility of using saliva instead of serum as a sample type with excellent correlation between the two (Raff, 2009).