In This Drop: Salivary Uric Acid 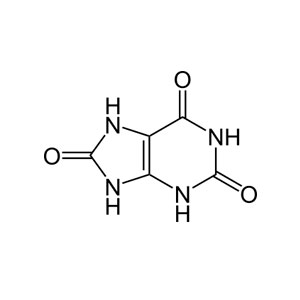 With a strong serum-saliva correlation, regular monitoring of uric acid levels with saliva testing shows a strong potential when defining the status of this key biological marker, while also offering the option to efficiently study preventative health effects and combat what can eventually lead to debilitating chronic conditions.

Although serum uric acid functions as an antioxidant in certain conditions (extracellular milieu in soluble form), it also acts as a prooxidant and proinflammatory factor when inside the cell (under ischemic conditions). Uric acid is now believed to be an active participant in triggering both systemic inflammatory and immune responses, which are major pathophysiological events related to many forms of chronic noninfectious disorders such as obesity, hypertension, diabetes type II, kidney disease, chronic heart failure, cardiovascular disease as well as generalized atherosclerosis (Billiet 2014). These diseases become more prevalent as obesity and its complications become more of an epidemic. Luckily several of these conditions can be prevented or delayed by lifestyle interventions (Soukup 2012). Therefore, adding salivary uric acid to the panel of saliva test and monitoring this biomarker should be seriously considered.

The mechanism that connects high serum levels of uric acid to both oxidative damage and downstream health issues has not been fully elucidated, but a pronounced association between hyperuricemia and oxidative stress disease states. Currently, the transporters that move uric acid in and out of the cell (predicting the pro or anti-oxidant behavior) are URAT1, OAT4, and Glut9, but they have only been studied in select cell types, primarily kidney cells, to determine excretion pathways. As a prooxidant, high levels of serum uric acid propagates oxidative damage primarily to the lipids, while also producing oxidative stress through the downstream regulation of multiple major cellular pathways involved in inflammation and immune responses which creates system-wide effects.

Currently, serum uric acid is widely used as a diagnostic and prognostic factor for many multifactorial disorders, which may not be directly associated, but are still correlated to uric acid and have shown that uric acid measures are useful in observing, monitoring, making prognostic and therapeutic determinations for such disorders. From the clinical perspective, more studies need to be performed on the pathophysiology and clinical consequences of hyperuricemia, its resultant oxidative stress, and its impact on overall health.

An Evolution in Multi-System Stress Assessments?

Although researchers are still determining the clinical significance, recent studies have begun to breach the complex inter-systemic link between uric acid and several neurological and psychiatric conditions. Recent reports have associated low serum uric acid levels with Parkinson’s disease (González-Aramburu 2014), multiple sclerosis (Moccia 2015), Alzheimer’s disease (Al-Khateeb, 2015), schizophrenia, and depression (Gultekin, 2014). Furthermore, some neurological and psychiatric medications (such as; L-Dopa, Allopurinol, Aspirin, Probenacid, Coumadin, and Corticosteroids) are associated with reducing levels of uric acid. Notably, a new study found that with antidepressant medication treatments, uric acid levels in depressive patients normalized after five weeks of treatment (Wen 2012). On the other extreme, elevated uric acid levels are associated with epilepsy (Shahar 2014) and bipolar disorder (especially during the manic phase) (Gultekin 2014). Although the mechanisms are not yet understood, clearly there is an underlying complex relationship that shows an association between uric acid and mental health. This implies that uric acid may influence the pathway between mental status/stress states and the systemic health of an individual, thus creating an intriguing web of research surrounding one of the most influential and fascinating analytes of interest.

This Opportunity is Yours